The Football League Power Rankings gives football fans, like you, a unique way of charting your team’s progress throughout the season. The FLPR puts all 92 Football League teams into one, complete league table and provides a unique view of how the sides in England are performing.

Big hitters and low achievers in each division will sit side by side so the best, and worst, teams of the season can be deduced.

Manchester City, Norwich City, Hull City and Cheltenham Town all won their respective leagues last season, but which team performed the best? Until now these questions were matter for argument and debate: the FLPR will provide the answers.

The FLPR will analyse stats and results from every Premier League and Football League game this season to give each team a Power Ranking score. Points are awarded based on the following criteria: 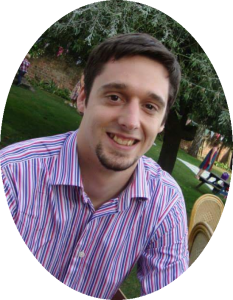 Karl was the founder and all-round football stats genius behind FLPR. He built his website, algorithm and Twitter following based on a complete love for football and trivia of any description.

Over the last few years, Karl grew the FLPR from a seed of an idea where he pondered the merits of one single table where all 92 teams in the English football league could be pitted against each other for overall bragging rights. Since then, Karl grew his seed into a small tree that now harnesses a Twitter following of thousands and has crowned four season winners.

It was devastating for all of us when Karl was diagnosed with stage 4 bowel cancer last summer, but FLPR gave him a focus during the long winter months of chemo and endless hospital stays. It was his baby.

During his final week Karl bestowed the greatest honour when he asked us to continue his legacy and keep the FLPR alive in his memory. It was an honour which, although terrifying, we felt we couldn’t refuse.

Since he passed away, a small but determined team of us have set about learning and understanding the genius and rationale behind his algorithm. It’s been a long few months of manual input and trial & error but we’ve finally cracked it. Welcome to the new FLPR season.

Here’s to you Karl.